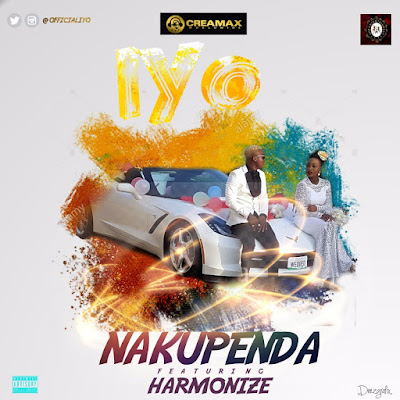 After a long year , Iyo has chosen to end the year in style with this bar-raising fire tune featuring Tanzania superstar Harmonize on this new track titled ‘NAKUPENDA’. Iyo under “Creamax Records” and Management of “List Entertainment” has earlier stepped in Tazanian territory with her last hit ‘ Loving You’ featuring Diamond Platnumz, she has, again, with another from Wasafi. This song was produced by talented producer ‘So Plain.

The pair of them provided a touch of style and culture to this with proficiency in vocal delivery. ‘. “NAKUPENDA” which means ‘I LOVE YOU’ describes the blazing love between two lovers and is blended with African culture.

The video of this song was directed by ” Director J ” and it portrays the lyrics of the song showing how much lovers meant to each other with a moral ending to the story line.